Onward and upward with Artologica! Even though I am ridiculously old to be doing a lot of things for the first time, it’s better than never doing them at all. So I’m delighted to tell you about two pieces of news. First (the first first? Oh dear), I’ll be co-moderating a session at the ScienceOnline Conference in January with Dr. Cedar Riener. We’ll be talking about visual metaphors in science communication. Sounds pretty serious, huh? I’m practicing this face: 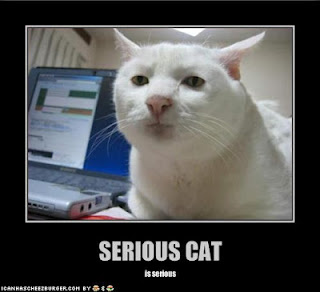 ScienceOnline is just about the best thing ever. I went last year and I met so many great people and learned so much, I am delighted to be part of the official program this year. If you’ve never heard of it, go have a look at the website.

The "second first" is one I told you about earlier, but now it’s actually happened. The novel with my painting on it arrived! There I am in print on the cover of James Meek’s book The Heart Broke In. I’ll be blogging about the book itself soon. It releases on October 2nd, so you can all go down to Barnes & Noble and take pictures of it and tweet them to me. Or buy the book - James would probably appreciate that more ; ) 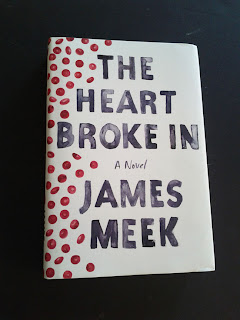 Posted by Artmonger at 9:56 AM