Some Thoughts on Sciart and Blogging 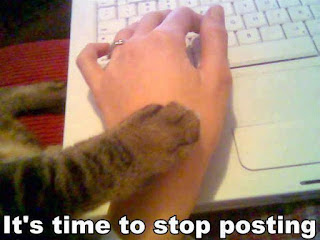 I’ve been making science-inspired art as my primary job since 2010, and been writing about science-inspired art (sciart, as we call it on twitter) as an unpaid side gig all along, first for Guru Magazine and then for the Finch & Pea. I’m going to keep making my art, but I’m giving up the writing, maybe temporarily, maybe permanently. We’ll see.

Why? Because nobody cares. I’ve been trying for more than five years to build an audience for sciart, and, frankly, failing. If I don’t flog my posts endlessly on social media, nobody reads them. I’ve written about hundreds of artists, and probably 5 or 6 of them have even noticed. So I guess it’s time to admit defeat.

Somebody on twitter the other day said he couldn’t quite see the point of “sciart” – why is it not just considered as art? That’s a very good question. I would love for it to just be art. For me, sciart is a hook, a way to get people who don’t like art, or think they don’t understand art, to look at some art and think about it. I think that’s worthwhile.

Also, it’s a marketing hook to help me sell my work. I would dearly love to make art that is much more abstract, but unless I include recognizable cells or microbes, it doesn’t sell. I would love to be covered in the media as an artist and not as a scicomm sideshow, but that has never happened, and given my lack of art-world cred (no MFA, no gallery), it probably never will.

When I complained about people not reading what I wrote, several people told me that I should just blog for my own enjoyment, not for clicks. So I’m not going to link this on twitter or Facebook or anywhere. It’s just for me, and maybe for a few people who happen to stumble across it.