I Lost a Bet 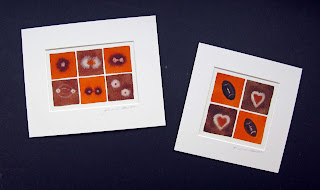 If you know much about me, you know that I am a big Pittsburgh Steelers fan. My family lived in Pittsburgh for years, and I went to high school there. Plus, it's very easy and pleasant to be a Steeler fan most of the time. They almost always make the playoffs, and they've won the Super Bowl more often than any other team. They are also fortunate to be in the same division as the Cleveland Browns, whose level of success has been somewhat - ahem -  lower over the years, to the endless delight of Steeler fans.

I should just come out and say it. I found out one of my twitter buddies, Scott Huler (@Huler), was a Browns fan, and I rashly bet on the outcome of a game and lost. Oh, the humiliation! Never mind that the Steelers lacked their best players on both offense and defense that day, they should really be able to beat the Browns while wearing flipflops in a driving rainstorm. And they didn't. They lost. And so did I.

So I was forced to produce a Cleveland Browns-themed painting for Scott. I actually painted two. My kid came in while I was painting and asked incredulously, "Why are you painting in the BROWNS' colors?" Indeed, Paul Brown, whatever possessed you to pick orange, brown and white?

Never mind that. I am a woman of honor, and I keep my promises. Here they are Scott - take your pick of "Mitosis in (Cleveland) Browns" or "I <3 the Cleveland Browns". I'll cheer for Denver in the playoffs if you will. But I will not be betting on the outcome.